Karaoke — the national past time of Japan.

Starting at around 150 yen (around 1.50 USD) per half hour per person, karaoke is a relatively inexpensive and (arguably) fun way to spend an evening. I challenge you to think of anything more exciting than cramming as many people as possible in a small room with disco lights, with singing as an added bonus.

As with any activity, there are unspoken courtesies that most adhere to, so I’d like to introduce some of the most basic “rules” here. While many are commonsense and definitely not hard-and-fast, knowing the basic ground rules and what others generally expect will help make karaoke a much more relaxing and fun experience.

This is one of the most basic rules. The idea is that you get to choose one song, be the main singer (you are not required or even expected to stand in the front of the room — sitting in your seat is fine), and then let the person beside you choose and sing a song. Of course, sometimes when there are tons of people, this rule tends to get broken. This is doubly true when drinking is involved. Some situations also take a little negotiation – for example, if someone misses a turn by going to the restroom or if someone arrives in the middle of a karaoke session. But, basically, it’s polite to take turns.

In relation to this, it is generally considered polite not to intrude on another person’s turn by singing loudly during their song. However, if they invite you (or everyone) to sing, or if you sing quietly, then it is most likely okay.

While generally everyone agrees that your own fun is paramount, it is polite to think of other participants, too, when choosing a song. It is completely fine to choose songs that you like, even if they aren’t very well known. On the other hand, always choosing very obscure or dark songs will probably bore other participants.

Also, while probably obvious, try not to choose songs you don’t know. Others are usually very kind and will help sing if they know the words, but if it ends up that nobody knows the words, then it is somewhat of a waste of the karaoke time.

One last thing: it is generally considered rude to put in the same song more than once, but if it is a song everyone really likes, then of course it is perfectly fine.

3. Don’t force others to sing

While it is generally thought strange if one goes to karaoke but never sings, it is very impolite, and could be considered “power harassment” in some places of work, to coerce someone to sing. If a participant indicates that they want to pass, it is fine for the person after them to choose and sing a song.

Another commonsense rule that sometimes gets overlooked. If you choose to drink, please do so in moderation. Since singing takes a lot of effort, it is possible to become drunk more quickly than usual. Plus, pretty much all karaoke places are pay-per-half-an-hour, and who wants to spend money to curl up in a restroom?

5. Don’t erase a song or stop a song in the middle

Again this depends on the group, but particularly if it is a song someone else has chosen, don’t interfere and erase the song or stop it in the middle. This rule also extends to the ending music. If the singer wants to save time and cut out the instrumental ending of a song, then that is okay, but it isn’t polite for someone else to make that decision. If the other person has forgotten the words and gives permission, or you’ve forgotten the words and no one else seems to know the lyrics, then it is probably okay to stop the song.

As I stated in the introduction, these rules aren’t set in stone, and they may vary wildly from group to group, but I’ve found these guidelines to be generally accurate and useful. The most important part is to ask questions when you are unsure and, even more than that, to have fun. 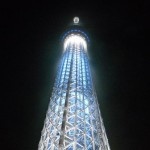 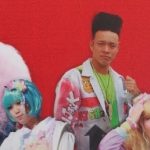