Looking at the hottest Google keywords for the year can give you a good insight into a country. For example, in the motherland, some of the top keywords were “Game of Thrones,” “How to wear a scarf,” and “Ebola symptoms.” God bless America.

Of course, the next thing to do would be turn an eye to my country of residence: Japan.

The Google Japan 2014 trending list brings back a lot of memories. My coworker talking about their kid loving the anime Yokai Watch; Joking with friends that we were going to get dengue fever every time one of us got bitten by a mosquito; Seeing the look of surprise on friends’ faces when they found out that “Ana to Yuki no Joou (Ana and the Ice Queen)” is called “Frozen” in the US; and watching in horror on TV as footage of the erupting Mt. Ontake was shown again and again.

Of course, this wasn’t the only trending category. Let’s take a look at another.

I’m actually not sure what the the ramen list was about; the Japanese Google trends page is a little sparse compared to some other countries. With that, I’ll leave you with ramen flavored oreos (are these a real thing?). 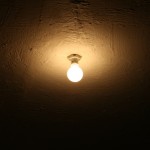 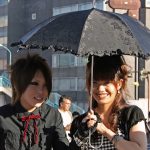