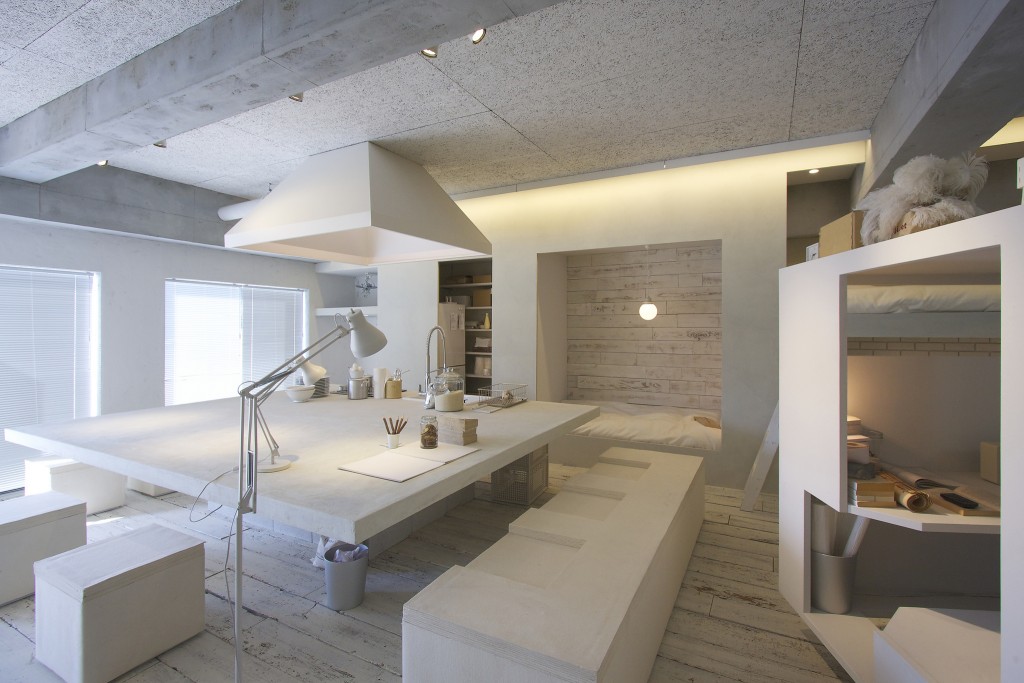 Once upon a time, I had no furniture. I literally used a cardboard box as a table when I first moved to Tokyo.

About two months after my move, one of my coworkers retired and willed all her furniture to me.

Entranced by the mostly new sheen of pine of my inherited table and mirror, I asked her where she’d bought it.

And thus I came to know the final puzzle piece in the triad of popular furniture stores in Japan.

So, if you aren’t sure where to get your furniture, consider taking a visit to one of the three popular stores listed here. 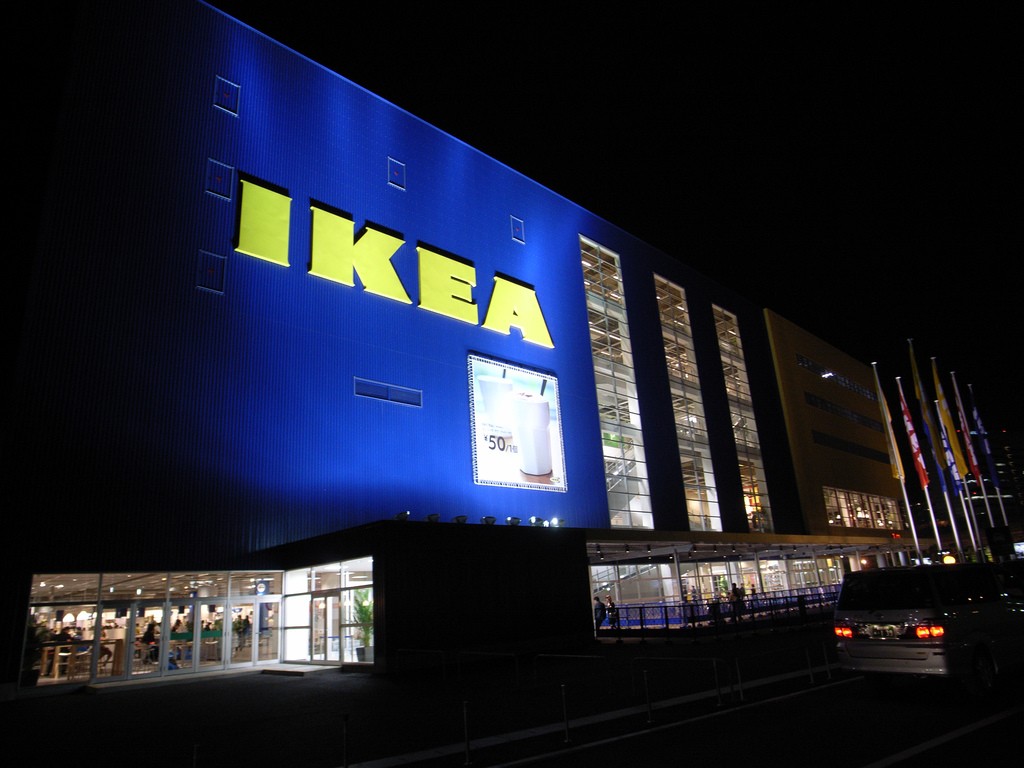 According to a survey by the real-estate site Suumo, Ikea is the third most popular interior goods store among survey participants. Two reasons it’s probably not more popular is that Ikea furniture tends to be more “Western sized” (read: too big for Japanese apartments) and that there simply aren’t that many Ikea stores in Japan.

Ikea is so famous that it probably doesn’t need much introduction, but do note that Ikea is pronounced differently in Japan (see 0:49) than in the US.

On a trip back from Narita Airport after saying goodbye to a friend, I had a bit of a traumatic experience at Ikea. I was a little down since we wouldn’t see each other for a while, so I decided to order meatballs with a little Swedish flag planted in the middle. When the cafeteria worker passed my plate over the counter, THE LITTLE SWEDISH FLAG FELL OFF ONTO THE FLOOR BEHIND THE COUNTER. She didn’t notice, and I was too embarrassed to say anything. 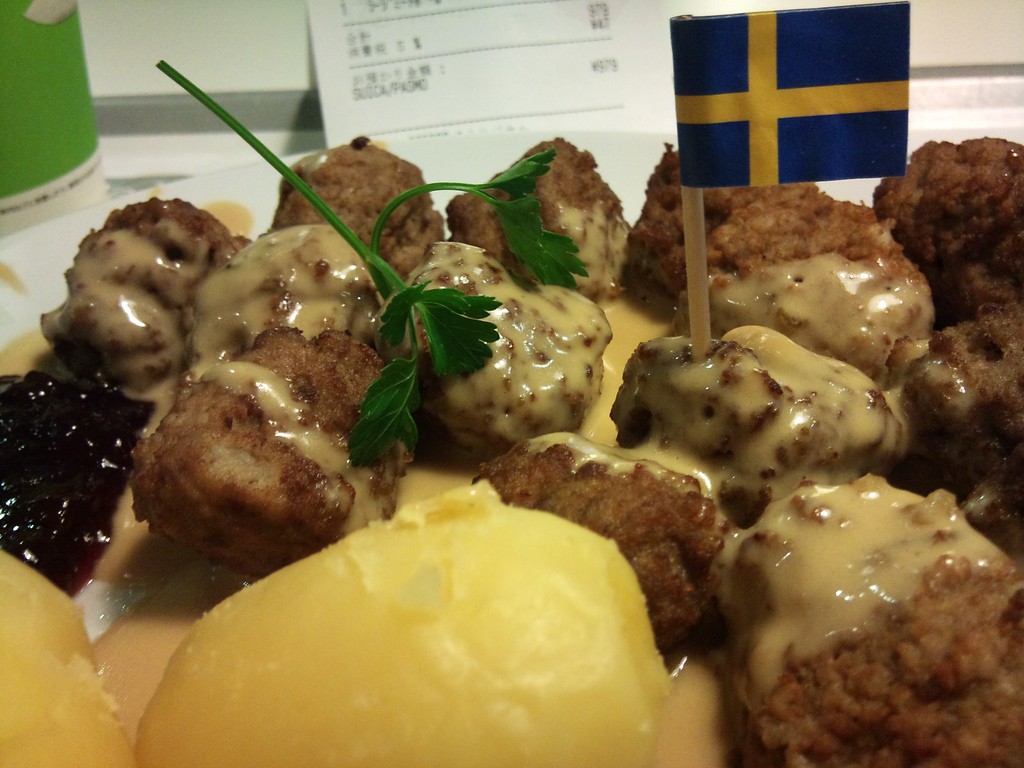 A Swedish flag: All I really wanted, photographed by Karl Baron (CC BY 2.0)

I will say that Ikea is a fun place to get lost and that I bought a really awesome shark stuffed animal there. Apparently Klapper-haj is Swedish for “shark.” 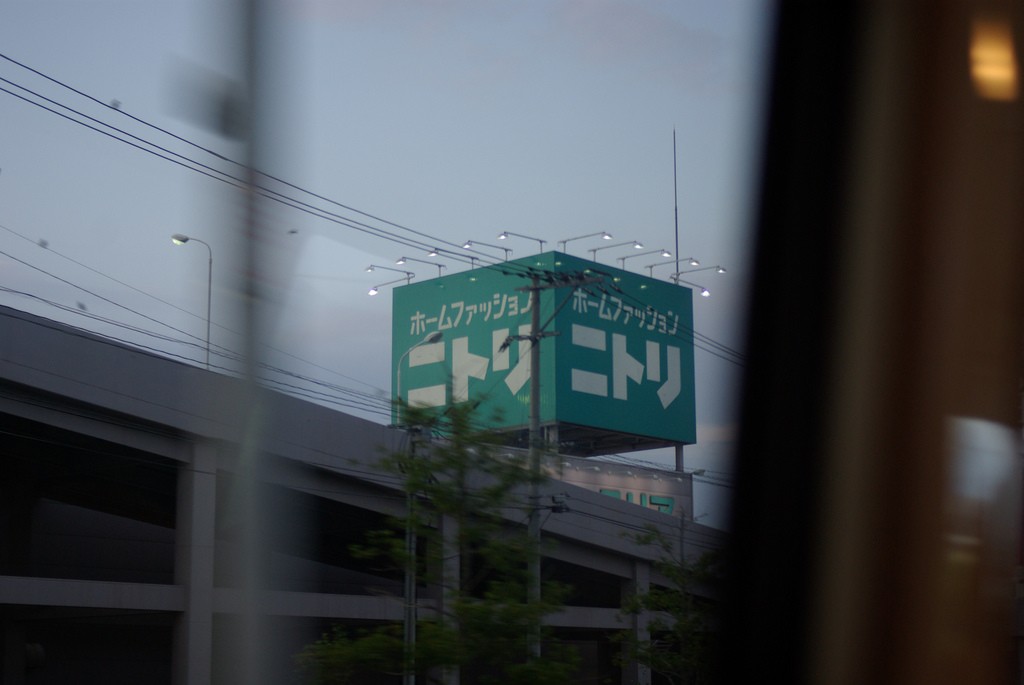 Nitori is the second most popular store according to the survey by Suumo. Out in the countryside where I used to live, we didn’t have a “fancy” generic-brand like MUJI, so the furniture store of choice was usually Nitori.

Nitori is comparable in price to MUJI and has a similar simple aesthetic. If I were pushed to say, I feel like Nitori is cheaper, but it’s probably best to browse the websites yourself to be sure.

I do have a Nitori mini-table that I bought at a second-hand shop; it isn’t exactly beautiful, but it folds up nicely so that I can put it in my closest when it isn’t in use. 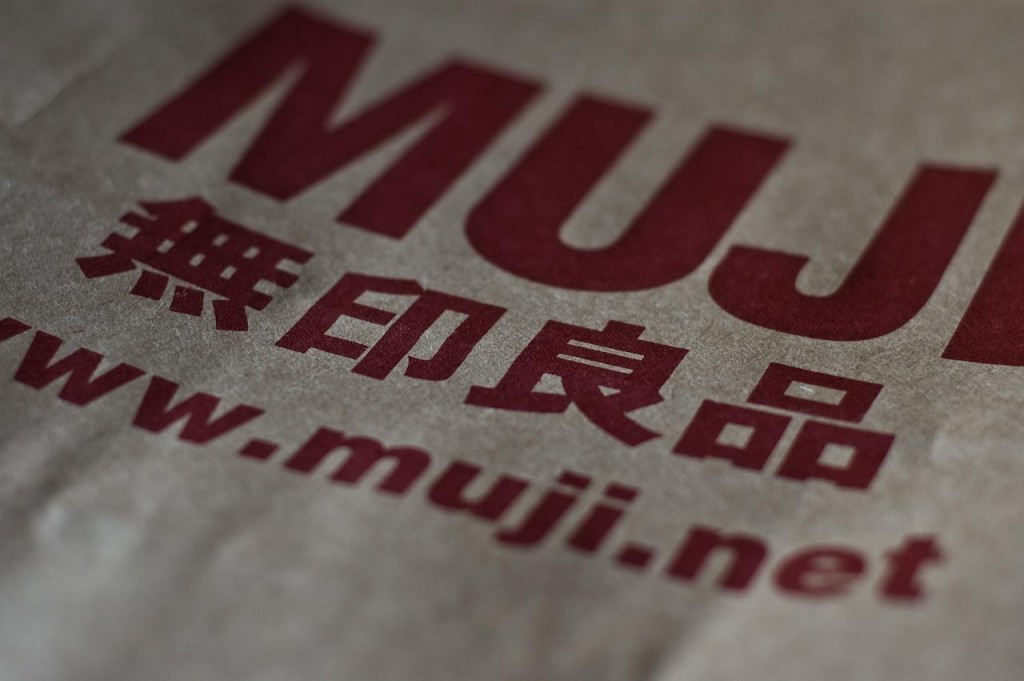 MUJI makes the top of the list as the most popular interior goods store in Japan. As I mentioned above, I have a MUJI table and full-length mirror, and they have served me well.

Interestingly, MUJI’s name actually means “no-brand quality goods,” which apparently is a marketing strategy that works very well for them. The products are very simple and have minimal packaging to go along with MUJI’s generic-brand strategy.

Personally, I enjoy simply browsing their store. Soft Celtic-ish music is always streaming in the background, and that never fails to put me in a more relaxed mood. In addition to interior goods, they also have reasonably priced cosmetics, clothes and specialty foods.

Did this list help you find furniture? Do you have a favorite furniture store in Japan?

Disclaimer: I am not associated with any of the stores listed above and have not received any compensation from any of these stores for this article or otherwise.

How to Take Care of a Japanese Futon: Airing Out Your Futon