The view near the Imperial Palace // Photo by Ari Helminen

Looking for something interesting to do in Japan, particularly Tokyo, this spring? Then look no further.

Top 10 Things to Do in Tokyo in Spring

Spring is full of Japanese holidays!

There’s Setsubun on February 3rd, which is considered the day before Spring starts.  At some temples and shrines, there will be events where guests can throw roasted beans at people dress up as oni (Japanese ogres), which represent bad luck, to ward away evil.  Also, sometimes, the priests will throw small prizes to the guests.  You can easily get traditional ginger sake, roasted soy beans, and special makizushi (rolled sushi) around this time.

Next up is Valentine’s Day!  Chocolates, both extremely cheap and very expensive, abound in super markets in preparation for the February 14th holiday.  However, unlike in the West, in Japan, women are the ones who give the chocolate.  Also, while some people do go on dates, largely the holiday is about women giving obligatory chocolates to coworkers.  However, there are some events to be found if one looks.

After Valentine’s Day is Hina Matsuri, the Japanese Doll Festival, on March 3rd.  Around this time, you can see many elaborate displays of Japanese dolls.  It is also easy to find traditional Hina Matsuri snacks and special amazaki (sweet sake).

In response to Valentine’s Day, is Japan’s own White Day on March 14th.  On this day, men are supposed to give gifts back to the women who gave them gifts on Valentine’s Day.  Traditionally, the gift of choice was marshmallows, so it isn’t uncommon to find many marshmallows in stores around this time, but now chocolates and even more expensive gifts are gaining popularity.  There are also several White Day events around this time.

Also, don’t forget Saint Patrick’s Day on March 18th and Children’s Day on May 5th, along with tons of others!

Called shiohigari in Japanese, clam-digging is a very popular activity for families in Japan.  The clam-digging season is from about March to July.  In Tokyo, the most popular spots for clam-digging are around Tokyo Bay, such as Odaiba Beach, Haneda, and Jonanjima Sea Park on Tsubasa Beach.

All you need to go clam-digging, besides the beach, is a bucket, net, and digging rake.  Be sure to also wear clothing suitable for long stretches on the beach, such as long-sleeves, sunglasses, sunscreen, and a hat.  It’s a good idea to store the clams surrounded by ice in a cooler when transporting them home.  Then, prepare in a way you prefer and enjoy!

Spring is the time for matsuri!  Matsuri, meaning “festival” in Japanese, are most plentiful in Spring in Japan and feature tons of food stalls, performances, and other events.

Need to get away from the bustle of Tokyo for a bit? Consider going camping!

Late-spring in Japan, especially around the Tokyo area, is the perfect time to enjoy the great outdoors. The weather is warming up, but the humidity of summer hasn’t quite set in.

JNTO has an extremely useful PDF in English listing campsites all around Japan.

Walking-eating tours, called “tabearuki” in Japanese, are very popular among Tokyo-ites. This should come as no surprise given all of the delicious and varied restaurants Tokyo has to offer.

Walking-eating tours are basically what they sound like; pick a number of good-sounding restaurants, then spend the day walking/taking a bus/bicycling to them and trying them out!

There are of course tons, literally thousands, of restaurants to choose from in Tokyo, so it’s easy to get lost among the sea of choices. Start at these websites to get an idea of where you’d like to go:

Tokyo has many amazing botanical gardens and flower parks, and, in my opinion, spring is by far the best time to visit. Spring is the time when the most beautiful flowers are in bloom, such as sakura and ume, and the weather is nice.

Of course, like everything in Tokyo, there are many to choose from, but use the Tokyo Metropolitan Park Association website as a start.

8. Catch a Musical Performance or Play

The day will be quite warm and lovely for most of spring, but the evenings can still get cold. Instead of staying cooped up in your hotel room once the sun sets, how about seeing a concert or other performance in the warmth of the great indoors?  I recommend seeing a kabuki performance or one of the many wide variety of performances at Tokyo Opera City Music Hall.

Spring in Japan is a great time to take a cooking class! Japanese summers are typically very hot and very humid, which makes it a less-than-ideal season for stepping into the hot kitchen, but Japanese springs, on the other hand, are generally mild. Tokyo has several cooking classes in English available, including at Buddha Bellies Cooking School Tokyo, Tsukiji Soba Academy, Nagomi, and Niki’s Kitchen. 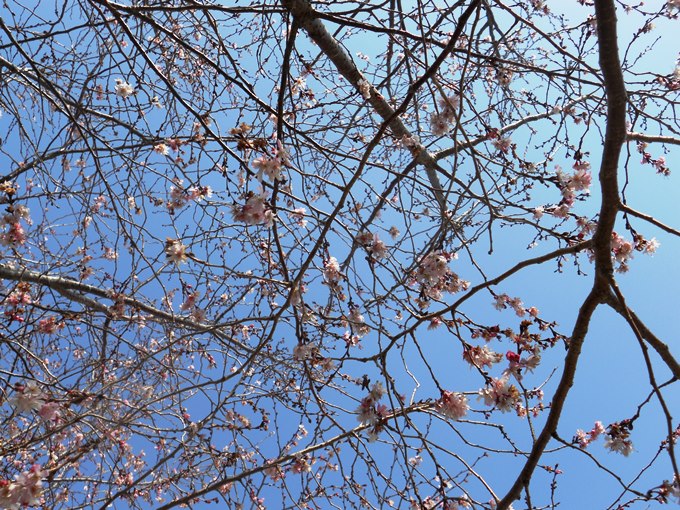 In Japanese, “hanami” means “flower viewing,” so having a hanami is literally going to see flowers, and this is definitely something you should do if you are in Japan during cherry blossom season.  Usually, viewing the flowers is accompanied by hanging out with friends, eating a picnic lunch, and, mainly, drinking.  In the spring, the cherry blossoms, known as “sakura” in Japanese, bloom magnificently in Japan.  For this reason, some people say that spring is the best time to visit Japan. There are definitely some very good spots in Tokyo to have a hanami, although even if you just wander around, it will be easy to spot the short-lived cherry blossoms, as long as you’ve arrived in the short time frame that the flowers are blooming.

I hope you have a wonderful spring-time in Japan!

10 Things to Do in Tokyo in Winter