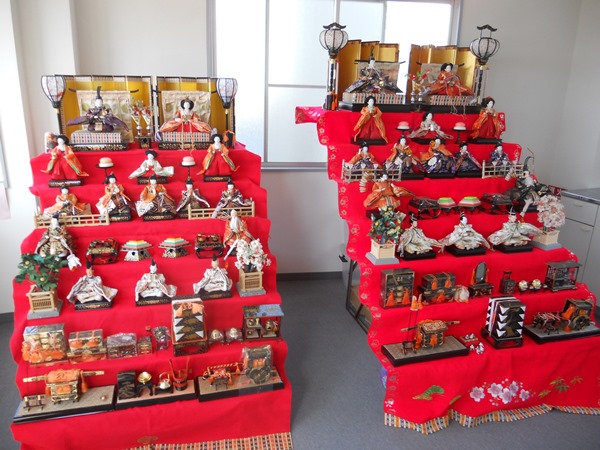 Japanese hina dolls at the station

Hina Matsuri, also called the Japanese Doll Festival, is a celebration day for young girls, who collect the dolls to display during the festival.

Last time, there had been some helpful guides, telling me what each of the dolls are called, their duties, and what the other objects sitting on the platforms are. As I am wont to do, I promptly forgot all of this, except for that the two figures on the very top are the emperor and empress.

This time, there were no guides, but as I was admiring the dolls, an older woman holding a green onion came up to me.

She said, “These really take me back. All of mine were lost in the war, but these remind me of them.”

After telling me to be safe, she walked away, leaving me to wonder if there were more ways to experience this holiday.

As it turns out, there were. 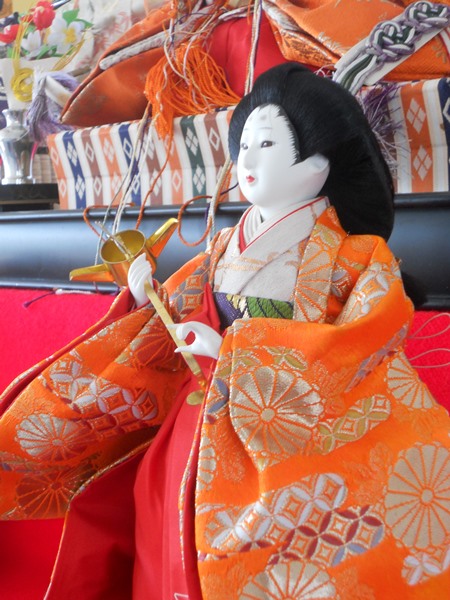 Japanese doll at the sightseeing office

According to a flier next to the display, the town was having a “Hina Maturi Meguri,” which basically means a self-guided walking tour connected to the Doll Festival. I had an hour to kill and was energized from playing tennis, so I decided to give it a go. The first stop on the paper was the city tourist office.

Naturally, even though the office was only across from the station, I couldn’t find it, and had to ask somebody at the convenience store to point me in the right direction. After mistaking me for a high school student (not that I’m going to complain), the woman at the city sightseeing office told me that there was a display upstairs. 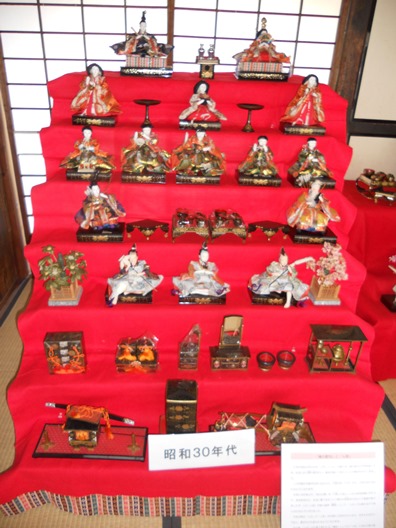 After checking out the display, it was almost time to go catch my train. The woman at the tour office told me that if I went to two other Hina Matsuri displays, I could get some free amazake! I don’t like store-bought amazake (sweet fermented rice wine) so much, but I’ve found that ones sold at restaurants are good, so maybe it is worth trying to make it to the other stops on the Doll Festival walking tour. I only have until next week! If I have time after tennis next week, maybe I’ll try taking a stroll around to find the other doll displays.