Allow me to tell you why.

To start, you should know that I have an unbridled passion for monburan. Monburan is the Japanese take on the European Mont Blanc (also called Monte Bianco), a chestnut cream cake. 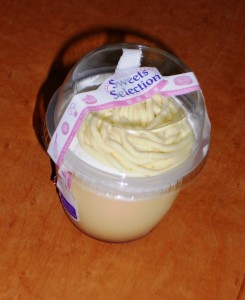 Since I’ve made three successful apple pies from scratch in my lifetime, I’ve somehow decided that that makes me a high level dessert artist. As evidenced by the following photo, my self-declared expertise is far from the truth. 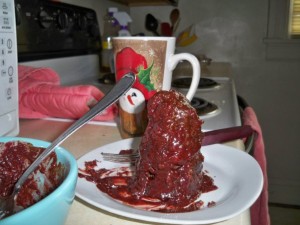 I tried making one of those “cake in a cup” recipes, complete with home-made icing, or, whatever…

In spite of this, at midnight last night, I decided I wanted to try my hand this monburan recipe [Japanese], with a few (disastrous) modifications. It was going to be called the MonbuLynn, a play on the Japanese and my name.

A few shots of the cocoa cooking liqueur and a sore whipping-arm later, instead getting something like the beautiful cakes on the recipe website, I got a chunky milkshake-like slightly alcoholic mixture. I suspect my main sin was not whipping the cream enough, even though I whipped it for the entirety of the Vice documentary on North Korea (that’s like an hour, man!). The lack of whipping is probably only one mistake of many.

Upon completing the recipe, I drank a beer glass of the mixture, and immediately felt like eating a nice, fresh salad afterward. It was too sweet for even me. I stashed away the rest of the “cocktail” in the fridge, wondering which of my friends would be foolish enough to believe that it was out of goodwill I was giving them the drink.

Then, when I came home from work, peering into the fridge, I found that the “drink” had hardened!

Lo-and-behold, the chilling had taken away the edge from the sweetness, and my creation had become a more-than-edible monburan pudding! 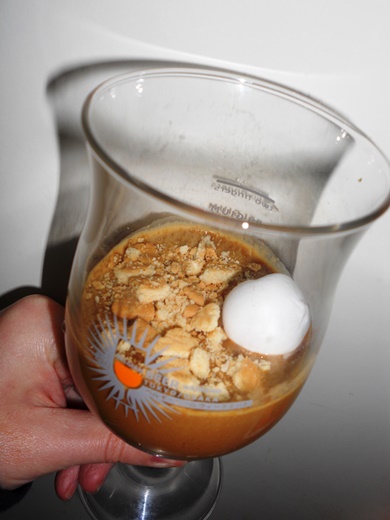 With that, I would like to present the MonbuLynn recipe!

5 tablespoons (or more!) sugar (any kind)

3 tablespoons (or more!) liqueur (the official MonbuLynn monburan pudding has cocoa liqueur, but use your favorite!) 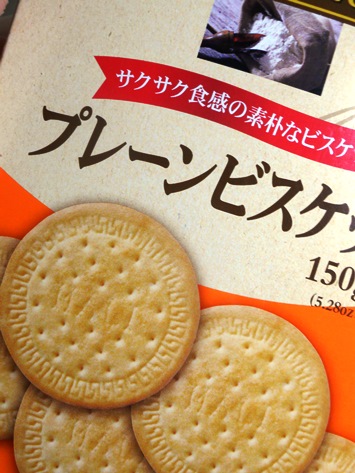 1. Boil the water, chestnuts, and sugar together until the chestnuts are soft. Don’t boil away all of the syrup. 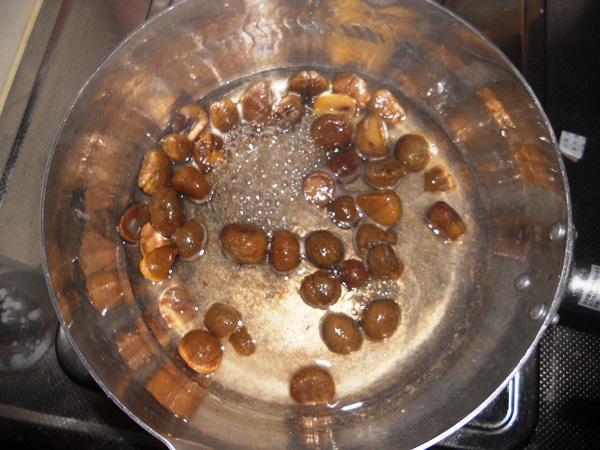 The chestnuts being boiled (step 1)

2. While waiting for the chestnuts to soften, whip the cream until it is about six-tenths whipped.

5. Add the liqueur to the pot and continue to mix thoroughly.

6. Turn the heat off and add the whipped cream. For a fluffier texture, don’t mix the cream and the chestnut paste too much.

7. Once the mixture is somewhat mixed and cooled, pour into glasses.

8. Place in the refrigerator for a few hours.

9. Once the mixture is hardened into a monburan pudding, add crumbled plain cookies and a marshmallow on top as garnish.