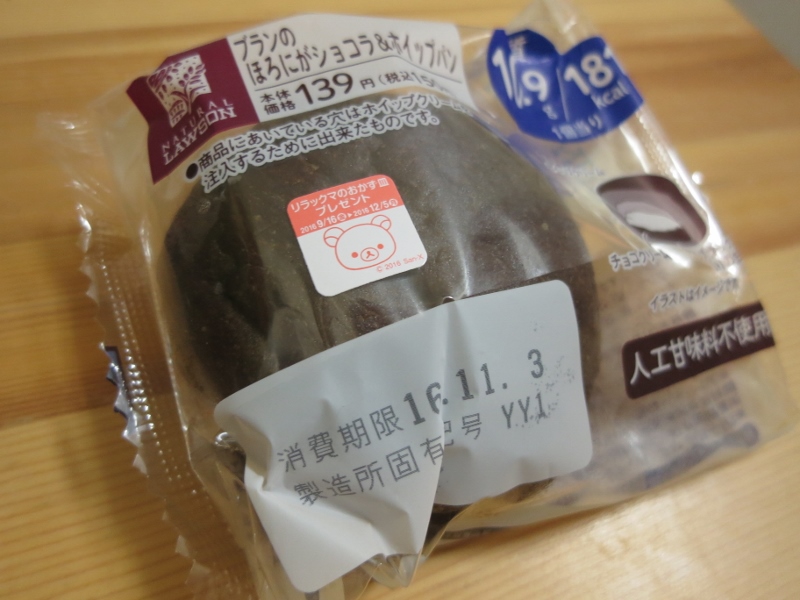 One of the Rilakkuma Lawson stickers on a bread package

I was first introduced to the Lawson stickers by my Rilakkuma-crazy coworker.

If you visit a Lawson convenience store, you’ll likely notice that many of the food packages have colorful square stickers on them. If you collect enough of these stickers, you can exchange them for the prize of the season. The most common prizes are Rilakkuma-themed plates and bowls, which is where my coworker came in.

During the morning, I used to eat bread from Lawson before starting work. My coworker would always ask for the wrapping after I was done. I am 99% sure that the only silverware in her apartment is in fact Rilakkuma plasticware. I was jealous.

So after the Rilakkuma campaign ended and the Hello Kitty campaign started, you can bet I collected my 40 stickers to get my own Hello Kitty bowl. Sadly, the bowl was lost in a recent move, but it was the same as the one in the tweet near the bottom of this article.

If you are interested in collecting your own Lawson stickers, read through this article to see how to exchange the stickers for a prize! 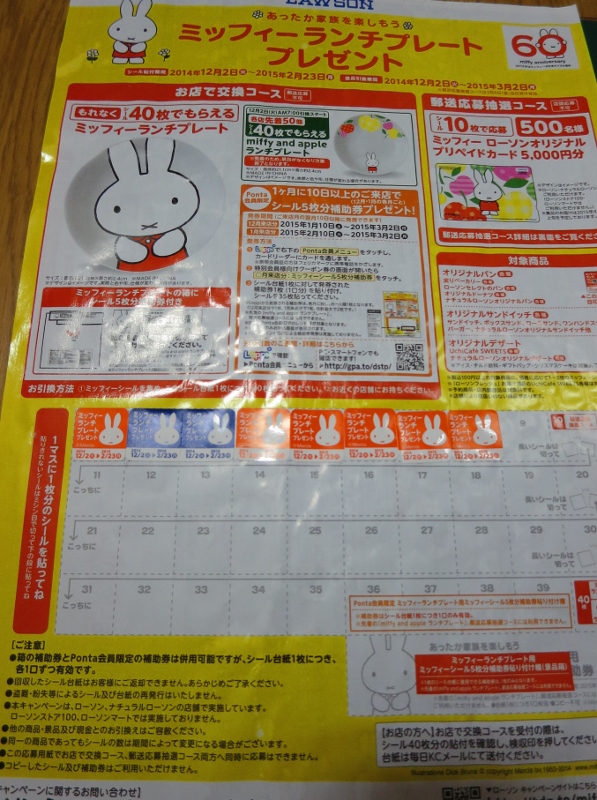 Lawson sticker collection sheet from the Miffy campaign that started 2014

*If you do not collect enough stickers for the main prize, usually there is a mail-in lottery. The lottery prize and amount of stickers may vary based on the campaign. Typically, to participate in the mail-in lottery you need to mail in 10 stickers. Usually, about 500 people will win this mail-in lottery, for which they will get a 5000 yen Lawson gift card.

Types of Packages with Lawson Stickers

The types of Lawson items from which you can collect stickers may vary with the campaign, but here are the most common items with stickers.

Most of the items have only one sticker, but some of the more expensive food items have two or sticker stickers.

Unless you literally eat convenience store food every day, it can be a bit of a challenge collect 40 stickers in 3 months. However, many people ask their friends or coworkers to help out. So this could be a good chance to become closer with your work mates (or at least get their stickers).

Have you participated in any of the Lawson sticker campaigns?