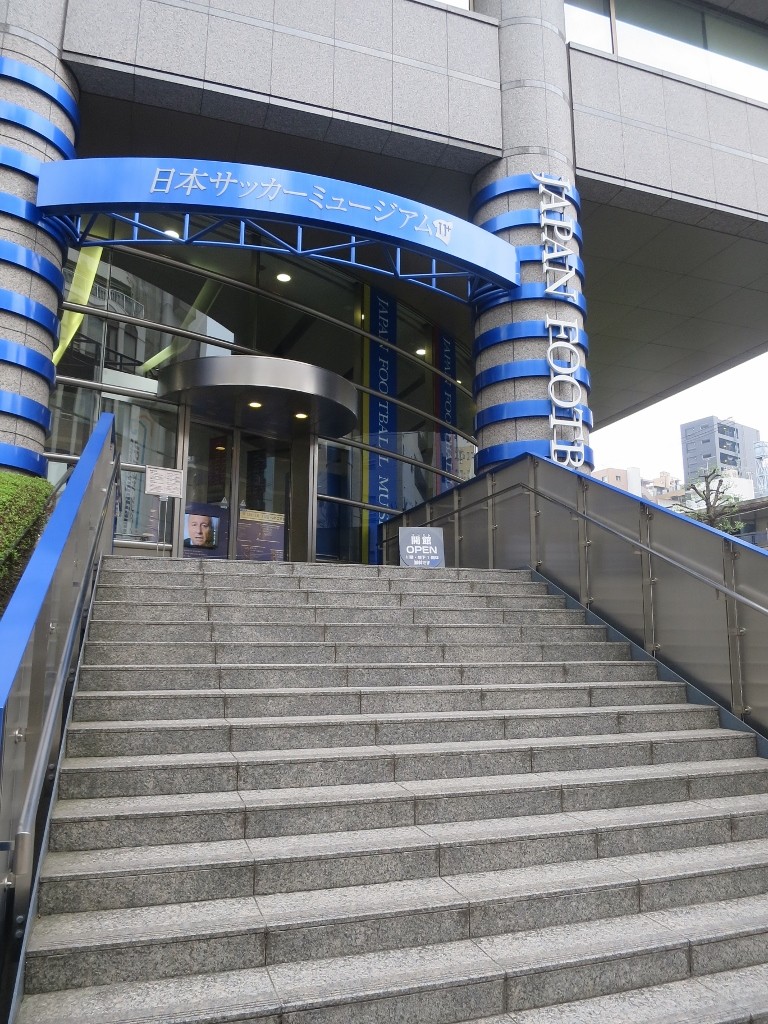 On the way back from a ramen shop in Ochanomizu, I stumbled upon the Japan Football Museum. Interestingly, the Japan Football Museum is call the “Nihon (Japan) Soccer Museum” in Japanese. To be completely honest, I’m not really knowledgeable about soccer/football, but something about the museum sucked me in. It was probably the fact that the first floor is free.

Once I was inside, I came face to face with Alberto Zaccheroni. It was very difficult to concentrate on what the greeter was saying with the wax version of the Japanese national football team manager staring me in the face. Eventually, I gathered that part of the basement level required a ticket. 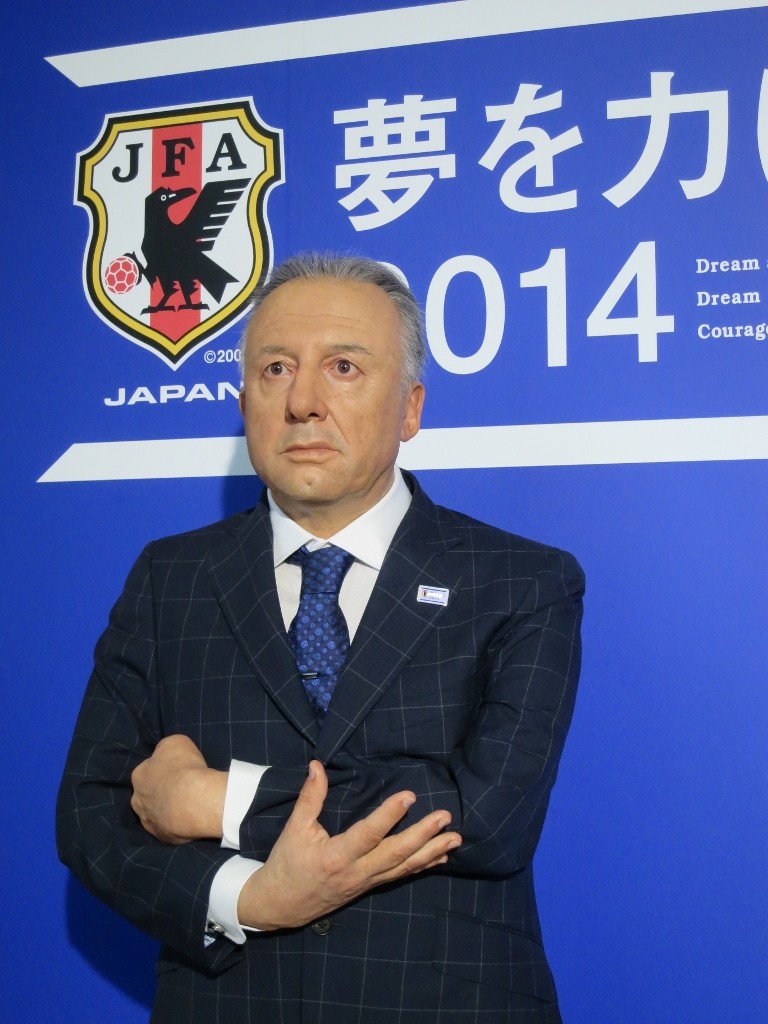 As of the writing of this article, Zaccheroni has been replaced as manager by Javier Aguirre, who looks like he might not last the year with the recent scandal that came up. I wonder what the museum does with the wax figures of old managers? 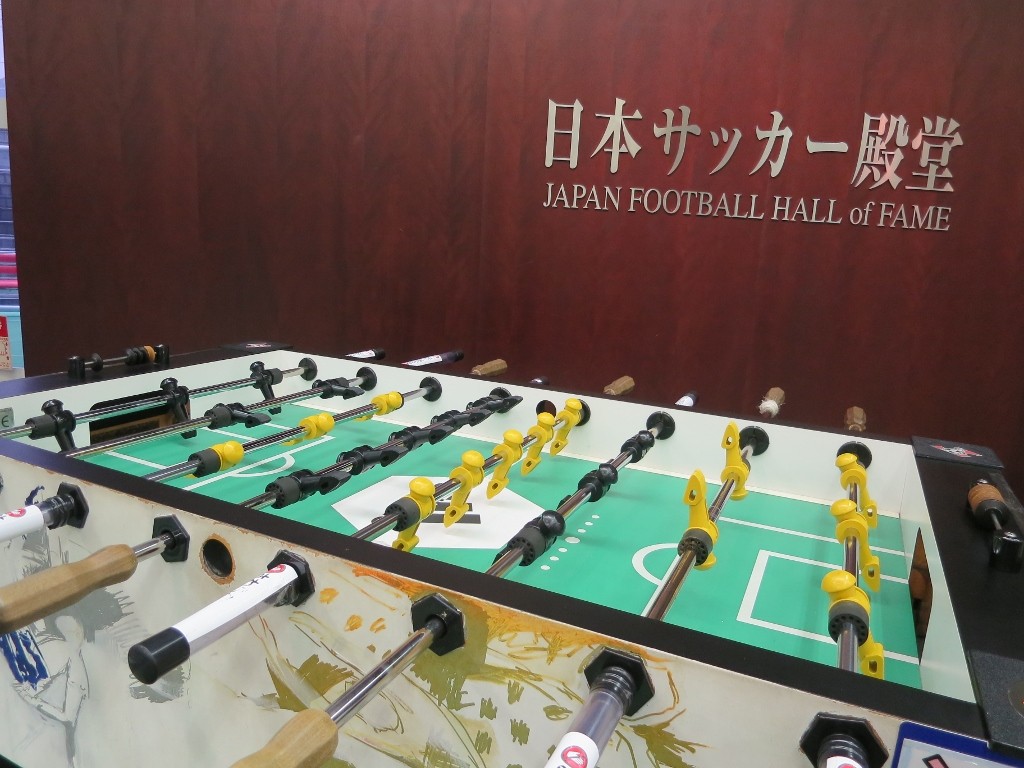 At the time, the 2014 World Cup Brazil was being held, so there were a lot of items associated with the “Samurai Blue” (nickname of the Japan national soccer team). 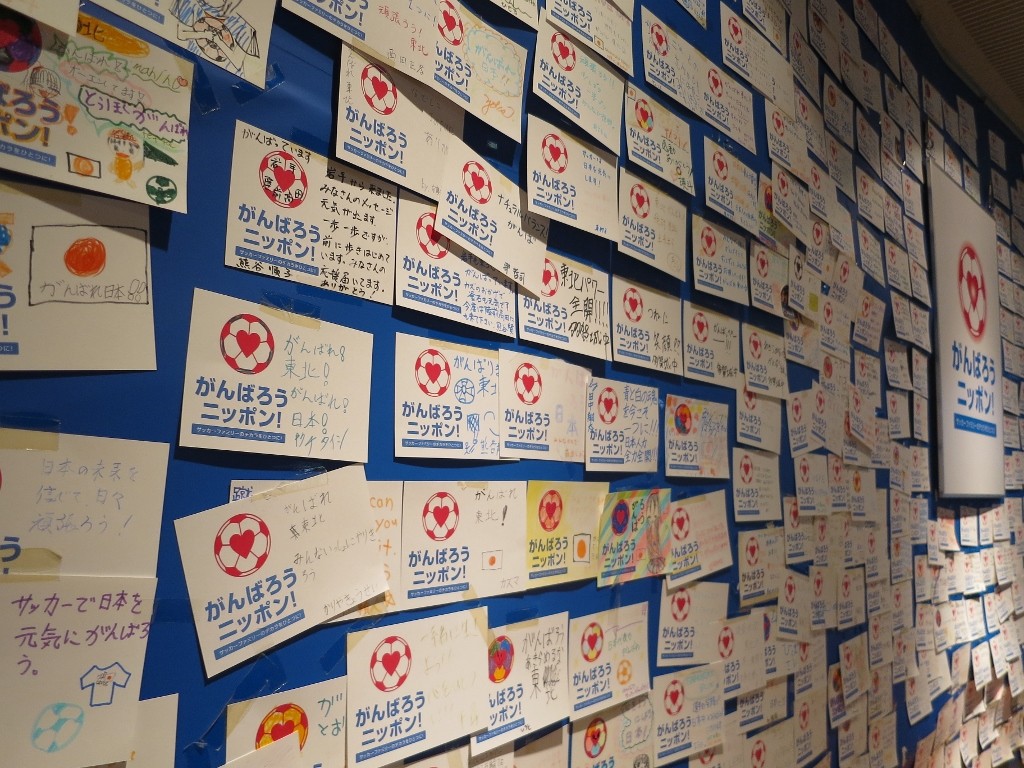 The basement’s ticket area (500 yen for adults) was packed with even more soccer memorabilia and tons and tons of trophies. The ticket area is divided into 11 zones, including themes such as the 2002 World Cup, a reproduction of the Japan team’s locker room at the 2002 World Cup, and an introduction into why the team members started playing soccer. 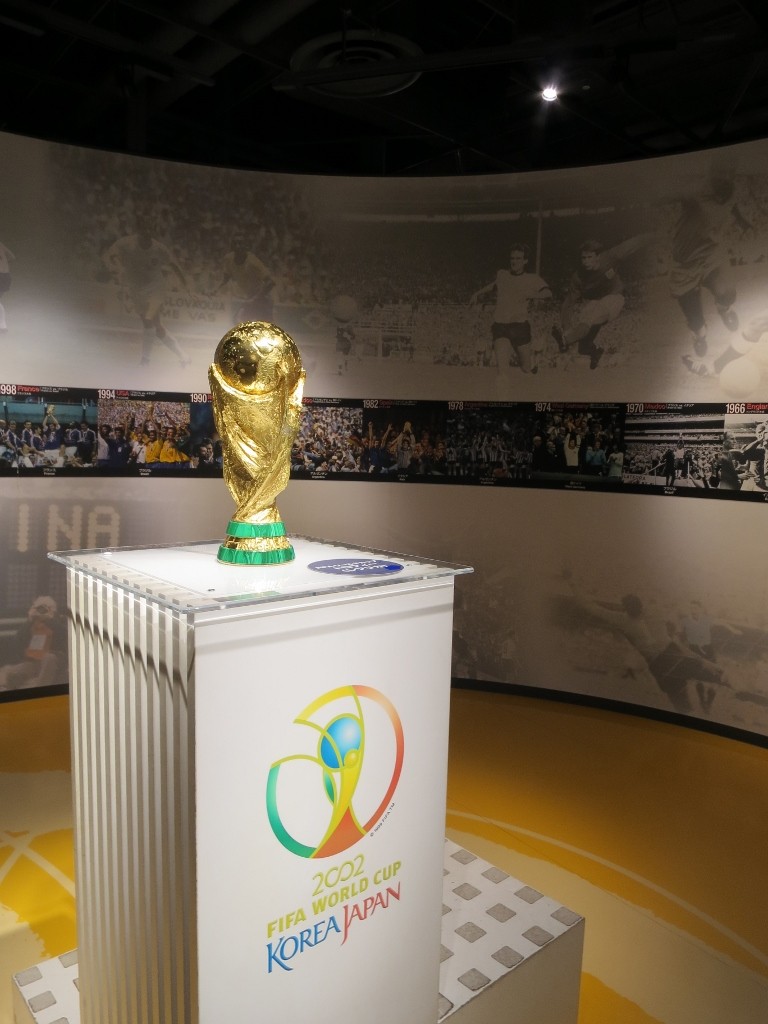 The ticket area had plenty of photo opportunities. I wanted a photo of myself in the team huddle near the entrance, but I had gone to the museum alone and didn’t see anyone around who looked open to taking my photo. At least I made “friends” with the mannequins. 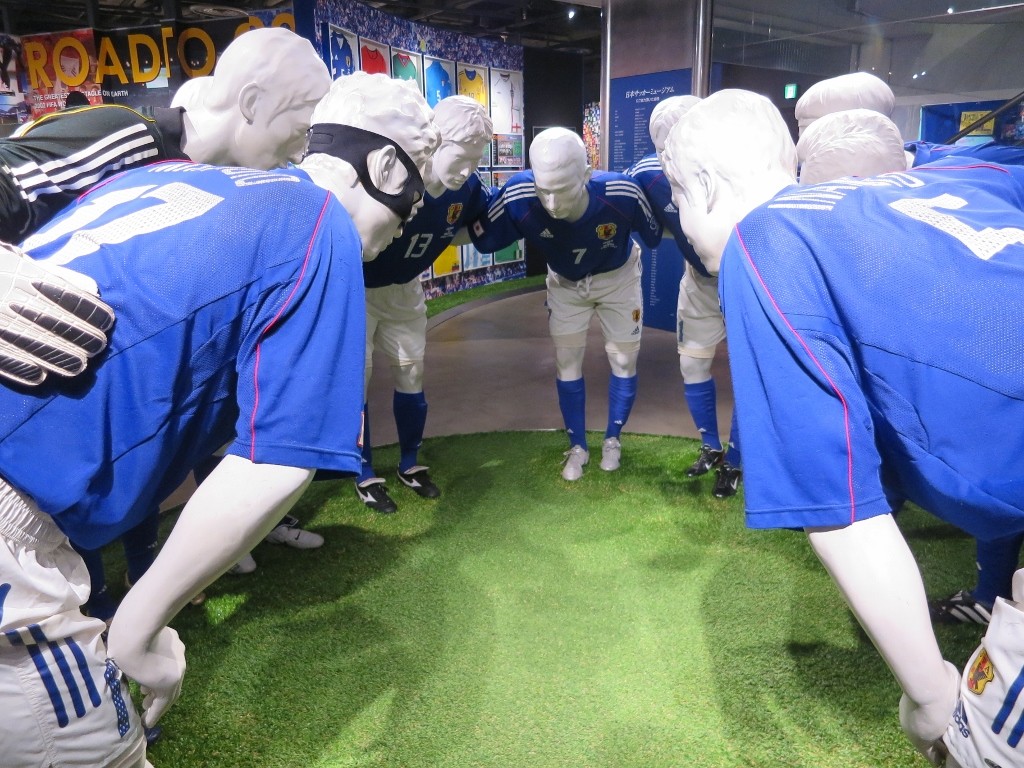 Making friends with the team

In the last room in the basement, Zone 11 held the special exhibit. Of course, at the time, the 2014 FIFA World Cup in Brazil was being held, so Zone 11 was all about Japan at the World Cup. I think I actually was there the day that they lost and were pushed out of the running. I probably shouldn’t go to the Olympics when they are held in Tokyo, just in case I jinx that too.

The photo face board (shown below) made me wonder at first whose face they’d cut out to make room for your face. Taking another look, it seems like they just Photoshopped a guy in there as best they could. At least it’s better than removing a team member’s face. 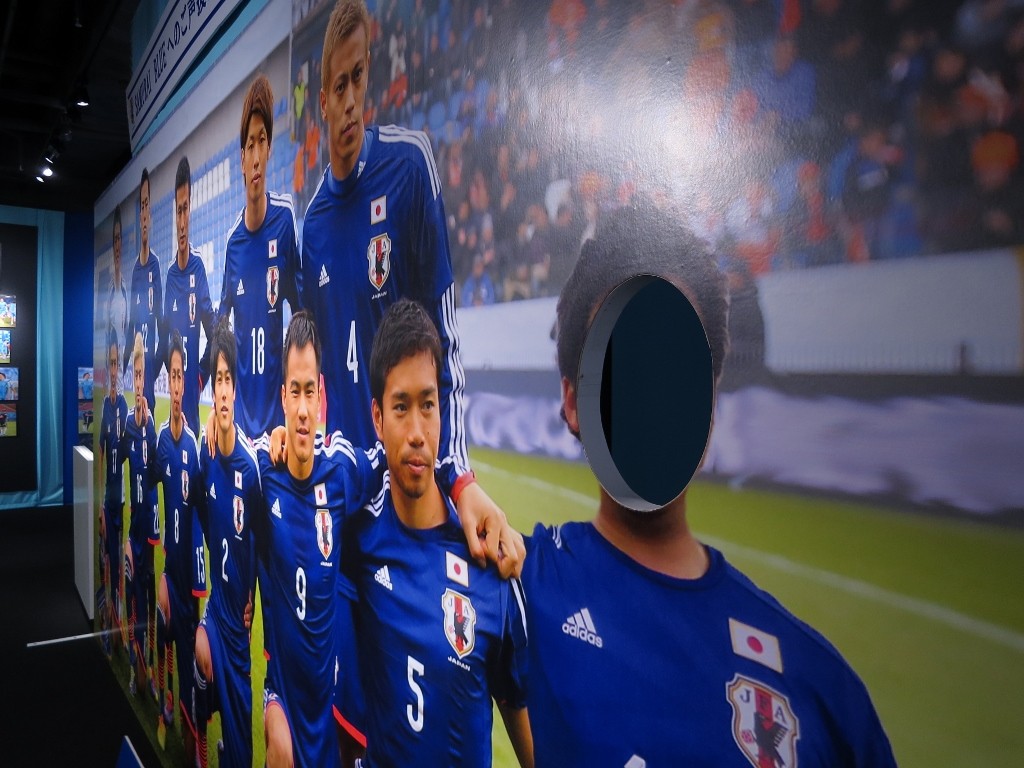 Take a photo with the 2014 FIFA World Cup Japan team!

Although some of the displays were a little odd (looking at you, wax manager), seeing the memorabilia and all the notes on the walls by fans made realize how much sports can bring a nation together. So, this was my first baby step into learning more about the team of my country of residence.

Have you visited the Japan Football Museum?