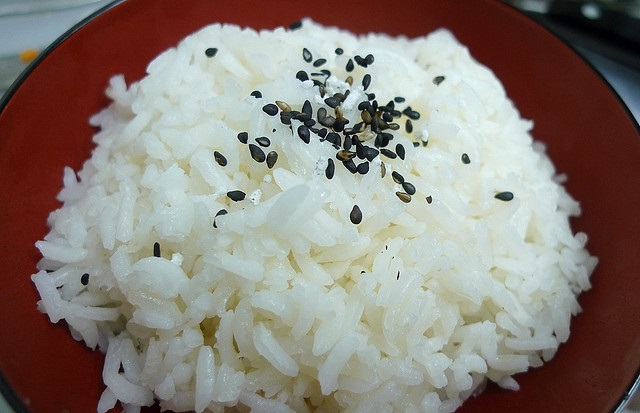 The premise sounds like a joke: “Pay tax, get rice.” The Furusato Nouzei program, though, is serious. Through Furusato Nouzei, which translates to “hometown tax,” you can pay a “tax” to the Japanese city of your choice and get a gift from that city. The gifts include famous foods, alcohols, and even hotel discounts from that specific city, so the premise could just as easily be “pay tax, get high-quality tuna sashimi.”

The “tax” you pay is actually a donation that is applied to your residence and income tax for the following year. Several stipulations apply, but in the most general case, the amount of the Furusato Nouzei donation over 2000 yen and under 30000 yen is counted towards next year’s tax. For example, if you donate 30000 yen to Iiyama City, Nagano Prefecture in 2014, your residence or income tax for 2015 will be 28000 yen cheaper and, in addition, you’ll receive 15 kg (33 lb) of rice, a 11000 yen gift coupon for accommodations within the city, and a one day ski-lift pass.

Considering that 10 kg of rice will usually cost you over 2000 yen anyway at the grocery store, essentially “paying” 2000 yen for a 15 kg bag of high-quality local rice with the Furusato Nouzei program is a great deal. That’s not even taking into consideration the extras, like the hotel coupon and lift pass, offered in the Iiyama City deal! Each city has different gifts, so if hotel gift cards and rice aren’t your thing, you have lots to choose from.

One thing to keep in mind, though, is that as your income decreases, the upper limit of 30000 yen decreases; with the standard English teacher salary, that limit falls to an upper limit of about 10000 yen. In addition, you can only use the donation subtraction for up to 10% of your residence tax. Check out the Furusato Nouzei FAQ page for more details about the limits.

Also, if your Japanese still needs work, you may have to enlist someone with a higher level to help you complete the donation procedure and declaration of the donation on your tax return. If you don’t declare the donation at the end of the tax year, you won’t get the subtraction. Your company may be able to help with that, even if they can’t help you with other parts of the Furusato Nouzei procedure, such as picking a city and donating.

As mentioned earlier, some of the gifts are surprisingly extravagant. One that struck me was the 20000 yen “B Course” from Nahari City in Kouchi Prefecture. If you donate 20000 yen to Nahari City you get eight items:

If you are living in Japan, it’s worth checking out the requirements, how much you can get subtracted by donating, and what prizes there are.