A while back, a friend and I went to a festival in Fukaya City, Saitama Prefecture.

Little did I know that I would meet one of the most popular “yurukyara” in Japan there.

First of all, you may ask, what exactly is a yurukyara? Basically, a yurukyara is a mascot created to promote a city or prefecture. In the past few years, Japan has seen a yurukyara boom, and now tons of cities have them.

In 2012, the 3rd annual Yurukyara Grand Prix was held and 5th place prize went to none other than Fukaya city’s own Fukkachan — and I was lucky enough to meet him before he became such a celebrity! 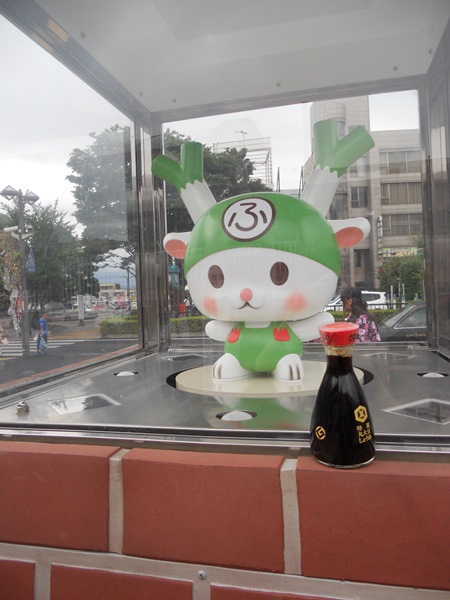 The cute little statue should have been a hint that something great was going to happen. The soy sauce has a whole other story of its own.

First, we wandered around the station and saw some lovely Tanabata decorations. 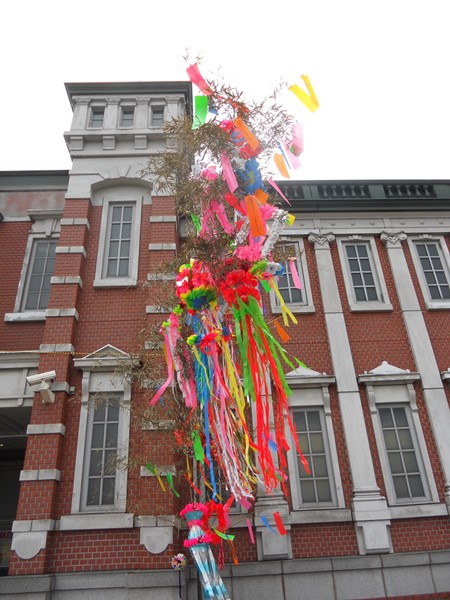 The festival was much like any other in Japan as far as I could tell. The countless food items, fun games, and crowds of people mixed together to create that pleasant “omatsuri” atmosphere that I love so much.

There were other hints that I would soon meet the mascot himself. 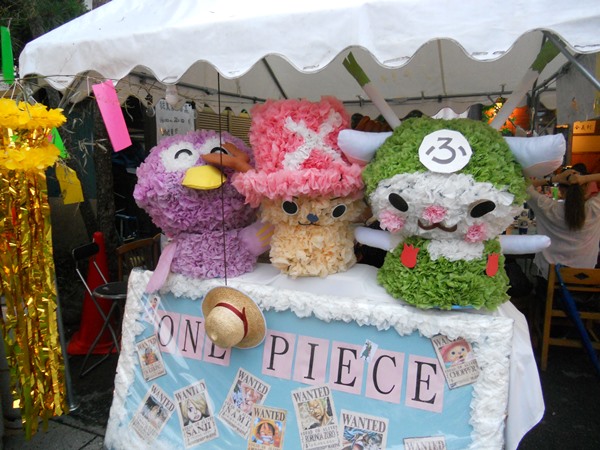 Fukkachan next to Chopper from the anime/manga One Piece

Then, before I could take a bite of my chocolate banana, I saw him.

The hiragana on his hat says “fu,” which is short for either “Fukkachan” or “Fukaya” — I’m not sure which. He also has “negi,” or “spring onions,” a specialty of Fukaya, on his head.

What do you think? Although not quite as cute as the Grand Prix’s first place, Barisan, I think he deserves higher than just 5th place. I guess this just means I’ll need to be more proactive about voting next time!