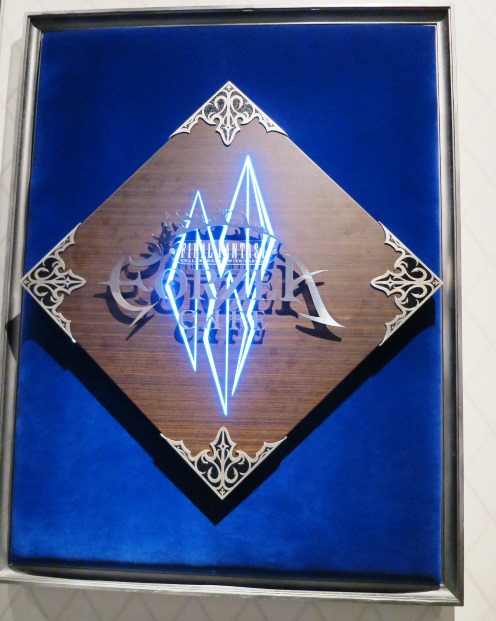 In this post I’ll talk about what is reportedly inside and the location.

Eorzea Cafe is based on Carline Canopy, a cafe in Gridania in Final Fantasy XIV: A Realm Reborn. The Eorzea Cafe website states that the grand opening was on July 31, 2014, but no word about whether the cafe is only for limited time. As the cafe is based on a cafe in the FFXIV world of Gridania, in addition to looking like Carline Canopy, it also has on display weapons and other items and characters from the games.

They even apparently call the customers “adventurers” (冒険者)! If the food and atmosphere aren’t enough, four PCs are set up in the cafe for you to play Final Fantasy XIV: A Realm Reborn, and you’ll be getting an exclusive FFXIV coaster as proof that you got in. According to the Japanese website Famitsu, the producer and director of FFXIV, Mr. Naoki Yoshida, stated at a preview event that he hopes Eorzea Cafe can become a place where both residents of Japan and travelers to Japan can gather.

First, you have to line up outside the cafe (see below for map and hours), which is housed in Akihabara’s Pasela Resort. I got there at 9:30 am on a Saturday morning and had no trouble getting into the lottery room when they opened at 10:00 am. The staff continues ushering people into the lottery room (which is actually the Three Monkeys Cafe in Pasela Resort) until 10:30 am.

One member of each group is to pull a lottery number from a box. Be careful to pull out only one piece of paper. If you pull out two lottery numbers, your chance to enter will be invalidated.

Around 10:45 am, the staff comes around with the lottery box. If you pull a number higher than 50 (this number depends on the day/number of people in groups), you probably won’t get in, so you’re allowed to leave. Reportedly, only about 200 people are allowed in each day. Unluckily, I got 134, so I definitely wasn’t getting in.

If you are lucky and get a lower number, you will be assigned a time. There are four time slots:

When you are in the cafe, you order using an order sheet and can order as many things as you like within your time slot. Billing is based on the order sheets, so if you want to pay together, use the same order sheet.

10:00 am Staff starts ushering people outside into lottery room

10:45 am Staff explains lottery system and lets one member of each group pull one lottery number. If you get a low enough number, you will be assigned a time slot and told to come back at your time. 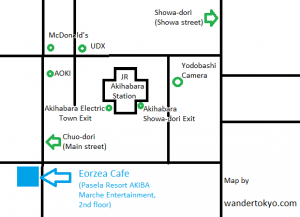 10 Things to Do in Tokyo in Winter