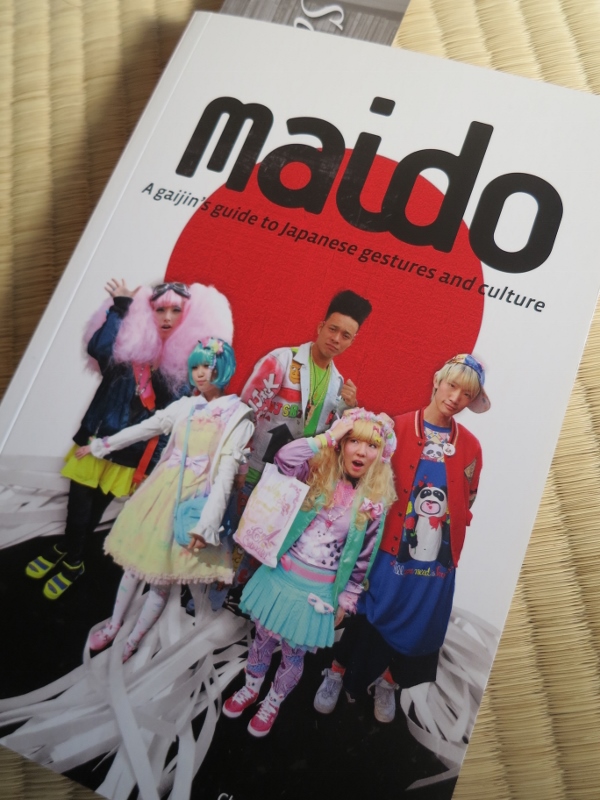 Front cover of “Maido, a gaijin’s guide to Japanese culture and gestures”

Recently, I was given the opportunity by Schiffer Publishing to review the book “Maido, A gaijin’s guide to Japanese gestures and culture” by Christy Colon Hasegawa.

I did receive the book for free but have not otherwise received compensation for this review.

Thank you to both Schiffer Publishing and Christy Colon Hasegawa!

Early on, I had difficulties with gestures in Japan.

One day, as I was leaving a friend’s house, my friend’s mom made a gesture at me that I had not seen before. To me, as an American, it looked like a cross between “goodbye” and “shoo, go away.”

Assuming it was one of these two, I turned to leave.

This perplexed my friend’s mom, who said, “No, come here!”

If I had read “Maido, A gaijin’s guide to Japanese gestures and culture” beforehand, I may have saved myself that embarrassment! 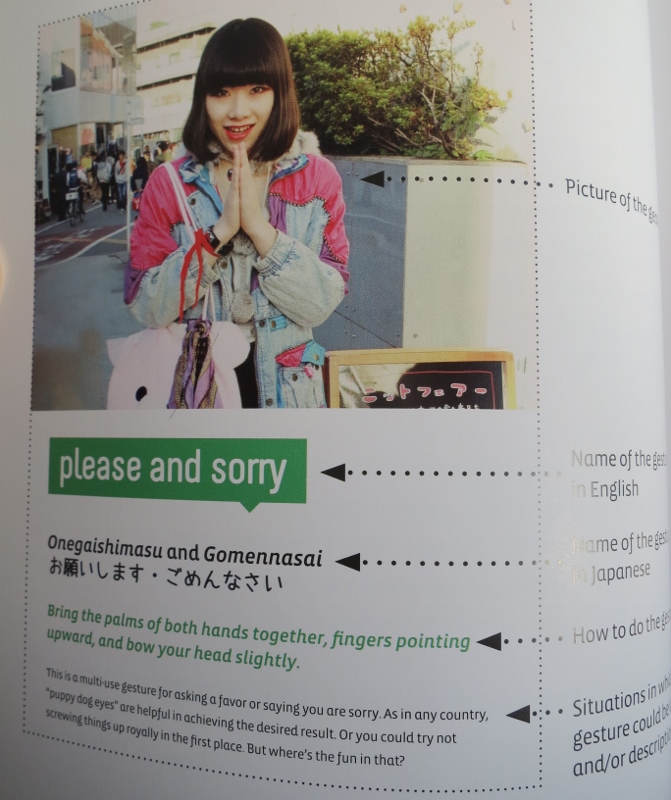 In “Maido, A gaijin’s guide to Japanese gestures and culture,” the author, Christy Colon Hasegawa, describes many common (and not-so-common) gestures in Japan.

The book is divided into seven sections: “Getting Started,” “Advanced,” “Men, Women and Love,” “Wining & Dining,” “Slang,” “Insults” and “Extras.”

If you have lived in Japan for at least a few months, you’ve probably seen (and likely use!) most of the gestures in “Getting Started.” This chapter includes gestures such as nodding your head for “yes” and making a cross with your arms for “incorrect.”

As mentioned above, the gestures in the first chapter, “Getting Started,” are the most common ones you will encounter.

These gestures include pointing at your nose for “I” and making a circle with your arms for “correct.”

In the second chapter, “Advanced,” many of the gestures will be recognizable if you’ve been in Japan a while.

These include the “I get it” gesture done by hitting your palm with your fist.

However, there were a few that I learned through the book in spite of my years here (such as “I’m such an idiot,” shown by putting a fist to your head).

From the third chapter, you’d get into gestures for more specific situations, such as dating, dining out or insults. In particular, the descriptions of the nuances are useful. Knowing whether a gesture was generally positive or negative is helpful in knowing whether you really should make that gesture!

Looking through the book with a Japanese friend, we found that one or two of the gestures may be a generational or regional gesture that my friend wasn’t familiar with. While you’re in Japan, you’ll probably notice that some gestures are used more or less by certain groups, generations and genders. 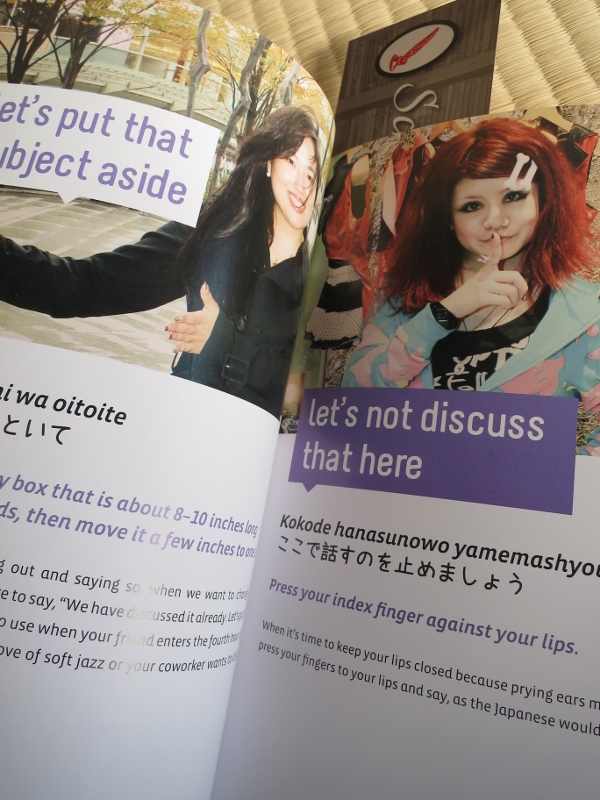 Sample of some of the pages in “Maido”

One of my favorite parts of the book is the photos. For each gesture, there is a photo of a different person in Japan performing that gesture.

The photos show an interesting mix of characters, from “salaryman” to “normal person on the street” to “crazy Harajuku trendsetter.” All the photos are vibrant and help supplement the description of how to do the gesture.

Even with the clear descriptions and photos, it can sometimes be difficult to imagine the gesture if you haven’t seen it. For this reason, the book will probably be most interesting to take with you and read while you are in Japan.

The book is easy to read and understand. Also, the photos are fairly self-explanatory if you have seen the gesture before.

So even if your trip is a short one, you will have time to look over the book and notice the gestures described in the book around you.

Overall, I really enjoyed reading through “Maido, A gaijin’s guide to Japanese culture and gestures.”

The first time, I took a quick look-through with a Japanese friend, focusing mainly on the photos. It was fun laughing over some of the more humorous gestures with someone who grew up with them.

The gestures in the book also made for good conversation with coworkers. One of my closer coworkers seemed to enjoy a chuckle at my not-so-great attempt at the “hot” gesture. (Done by grabbing your earlobe with your forefinger and thumb.) She did, of course, show me the correct way, so being laughed at was just part of the deal.

If you are living in Japan or plan on going to Japan soon, you may find “Maido, A gaijin’s guide to Japanese culture and gestures” a useful addition to your standard sightseeing and lifestyle guidebooks!