Visiting Japan, you may get the chance to visit several notable landmarks: Mt. Fuji, Tokyo Skytree, Asakusa. But now, you’ll need to put at least one more spot on your list: the strange Akihabara vending machine corner in Tokyo.

I’d seen rumors of this fabled place online. While the corner doesn’t seem to have a name, it is relatively easy to find. About a five minute walk from Akihabara Station, you’ll find this strange vending machine corner tucked away on a quieter block. 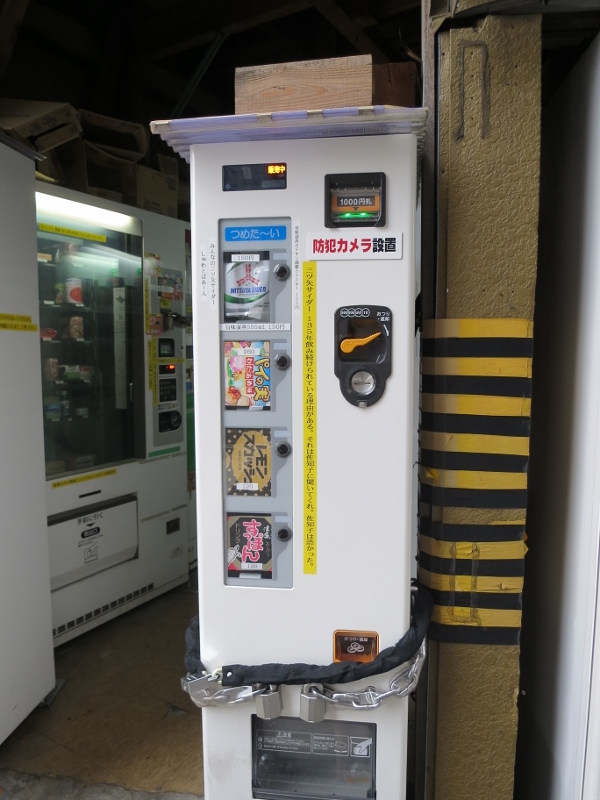 Before you get the wrong impression, the contents of the vending machines are not the oddest part. In fact, most of the items are normal. Even the stranger items are fairly tame.

No, the biggest draw is the atmosphere, the odd mix of items, the signs. In particular: the signs.

I would not go to this vending machine corner at night. Instead, I arrived sometime soon after dawn. Actually, even though the darkness was not an issue, the lack of people was unnerving.

The quietness adds to the eeriness of the signs. You can see even more photos of the signs and corner itself at Another Tokyo and BQ to get a feel for the atmosphere. The website ReTrip has a great collection of the text of the signs, which range from humorous to “guy on the street corner hearkening the end of the world.” 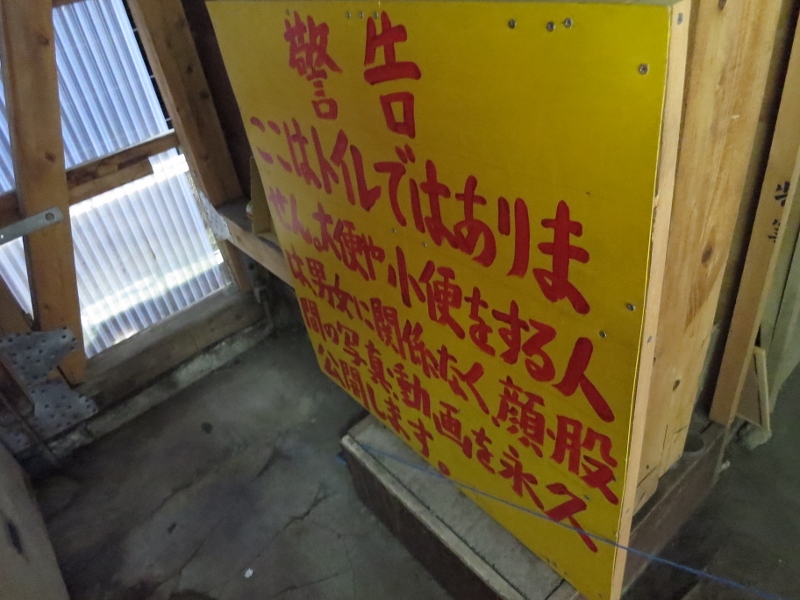 The infamous “Warning: This is not a toilet…” sign. I didn’t realize that was what it said before, unfortunately, I was standing right in front of it.

A few samples of the signs at the Akihabara vending machine corner, translated into English:

Inside the Vending Machines

Although the signs are the main attraction, I lied when I said the Akihabara vending machine contents weren’t a little odd. While, in fact, much of the products seem normal, some strange ones are certainly mixed in. 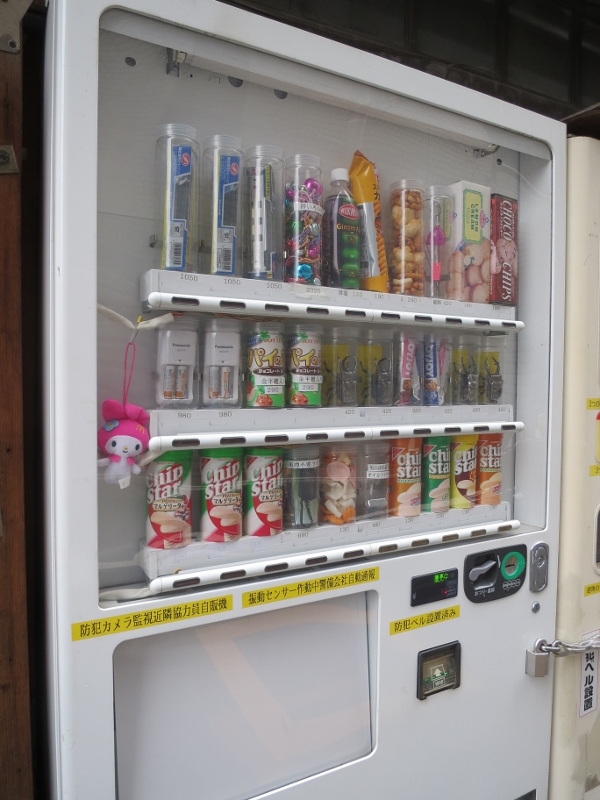 At Another Tokyo, the writer bought one of the mystery packages and found cookies and kaki-pis (slightly spicy snacks that go with beer). 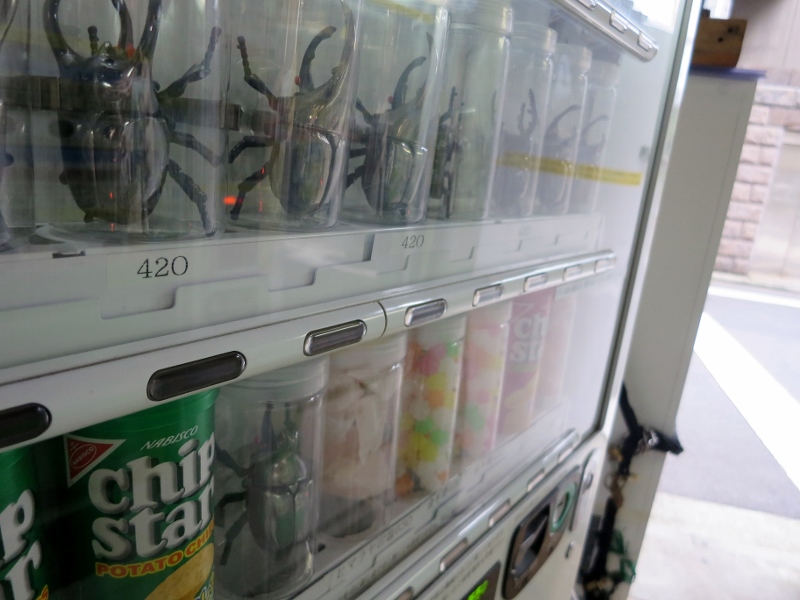 Close-up of the rhinoceros beetle toys in the vending machine

I was only brave enough to get a regular bottled water.

Have you been brave enough to visit Akihabara’s most unique vending machine corner? 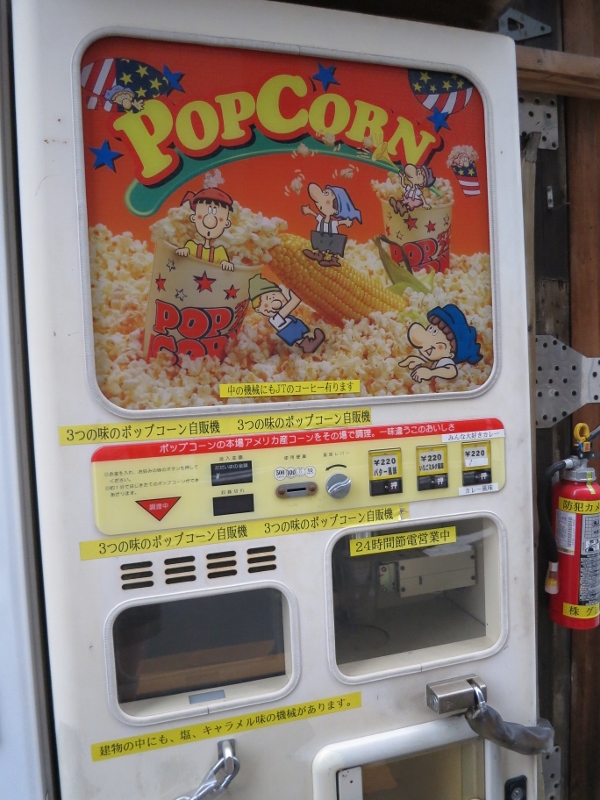 Interested in some popcorn? (Apparently three flavors are available)

Karaoke: 5 Guidelines for Karaoke in Japan